Ancient Armour Made From Coconuts 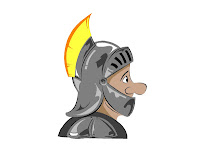 Normally I don't post about products containing allergens that involve violence or weapons, but I decided to bend the rules a little for ancient armour, and I added a link on modern science looking at armour made from fish.

Suit of Armour
Kiribati armour, late 19th century
"This is a suit of armour made in Kiribati in the late 19th century. The body and head sections are made from the mid-ribs of coconut fronds closely bound with sennit (plaited coconut fibre)."