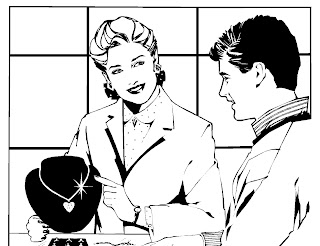 Fake Amber
Fake Amber
When it comes to glass it is much more solid, cold and you wouldn't be able to scratch it with a metal. Celluloid is quite similar to Amber optically; however it is more solid and diffuses burnt plastic when heated. Fenolic resin is very similar to Amber beads in shape and color so the easiest way to distinguish them is through smell. Casein is a form of plastic made from milk those beads are usually in turbid yellow color. It is easy to differentiate Casein from Amber since it is heavier and it diffuse plastic smell when heated.

Fake Amber
What materials are being used to simulate Amber? (aricle scroll down)
Along with the other popular jewelry stones, fake Amber occasionally appears on the markets. There are several possible imitations that are being used to replace Amber, such as Glass, Polymer materials, Casein, Copal (young tree resin) and other substances.

Earplugs Made From Milk
Flux
"Flux also supply Ear Plugs made from Casein. Casein is a unique marbled material produced by acid precipitation of pure skimmed milk, which has varied applications as both a foodstuff and a plastic. Manufactured at only two locations in the world, casein is powdered between steel rollers and laid flat. Only 1mm per week can be laid down for the casein to bond effectively. A 16mm ear plug takes 4 months of preparation followed by a further 3 months of hardening. The resulting product is inert. No two plugs have the same pattern."

Casein Plastic Plug
Wildcat Casein Plastastic Plug (CEP)
Casein is a unique marbled material produced by acid precipitation of pure skimmed milk, which has varied applications as both a foodstuff and a plastic.

Galalith
Galalith is Not French Bakelite (artilce)
In the early 1900’s, notable French and German jewelry makers such as Coco Channel and Jakob Bengel began using the material in the production of jewelry, with its widest use in the 1920’s and 30’s. Restrictions on milk use during WWII slowed, and then eliminated, the production of Galalith and once replaced by other modern plastic materials, which could be cast and heat-molded, Galalith never regained its former popularity.

From Avoiding Milk Protein:
Non Food Items Made From Milk

In my opinion this is a low risk, for those with milk allergies, but also an interesting group of products made from milk.
at 11:02 AM