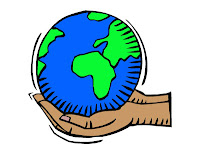 Acute Malnutrition Aid (used in aid relief)
Mana
"RUTF is peanut butter “amplified,” – it is loosely defined as a fortified peanut butter paste rich in vitamins and energy contained in a package that looks like an oversized ketchup packet. RUTF has been revolutionary in treating severe acute malnutrition because it allows SAM to be treated in the community, does not require water, and does not spoil."

Acute Malnutrition Aid (used in aid relief)
Plumpy Nut
"Developed in 1996 by Nutriset and the French Institute of Research and Development (IRD), Plumpy’Nut® is the first ready-to-use food (RUTF) designed specifically for the treatment of severe acute malnutrition"

Consisting of a highly fortified peanut-based paste made with sugar, vegetable fat and skimmed milk powder, and enriched with vitamins and minerals, Plumpy’Nut® is available in 92 gram sachets which provide 500 kcal and can be used for up to 24 months after the date of manufacture without refrigeration.

My Opinion
I do agree with the Plumpy Nut Blog Post that few people are allergic to nuts in areas that starvation aid is being sent, due to improved hygiene, vaccinations, and antibiotics.

I am not against vaccines, but question the number of vaccines given. I also believe that both improved hygiene, and other factors play a role in number of allergies in developed countries. I also question when to introduce nuts, as early nut exposure, or late exposure may contribute to a nut allergy as well, but am undesided on this issue. I suggest talking with your doctor and read what you can from all sides then form your own opinion.
at 8:53 AM

Email ThisBlogThis!Share to TwitterShare to FacebookShare to Pinterest
Labels: Allergens in Drugs and Other Treatments